On the Saturdays of the 14th and 21st of May, the 7th Party Congress of the NCPN took place in Amsterdam. This was preceded by months of collectively refining the Congress documents and discussing them with the members in the base organisations. With the decisions of our Congress, we will work in the coming years to strengthen the struggle for the interests of the working class and to take steps in party building..

The Congress was opened by Job Pruijser on behalf of the outgoing CC. He mentioned, among other things, that the party has grown considerably in the past few years, partly because the party is being strengthened with comrades who have gained experience in the Communist Youth Movement of the Netherlands (CJB).

Valuable discussions were held at the Congress. The ‘Report of activities of the outgoing CC’ was approved, as was the financial reporting. The Congress further adopted important political documents elaborating the assessments and positions of the Party: the ‘Political decision on the international and national developments, the work of the NCPN in the labour movement and the tasks of the NCPN until the 8th Congress’ and the ‘Decision on party building’. The Congress also adopted the Resolutions, which summarise the specific tasks that follow from the Congress decisions.

A new CC and a new Audit Committee were elected. The new CC consists of 11 comrades, six of whom were also elected in the previous CC. For health reasons, Wil van der Klift was not available as a candidate for the new CC. He has been involved in the party leadership since the foundation of the NCPN, and for decades made an indispensable contribution as a member of the PB of the CC, editor-in-chief of Manifest and international secretary. He will continue to contribute with his experience and knowledge.

On the occasion of our Congress, our party received greetings from communist and workers’ parties from Belgium, Chile, Cuba, France, Great Britain, Greece, Germany, Democratic People’s Republic of Korea, Mexico, Pakistan, Portugal, Russia, Serbia, Spain, Sweden and Vietnam.
The public Congress documents and greetings from sister organisations will be published on our website in the near future. 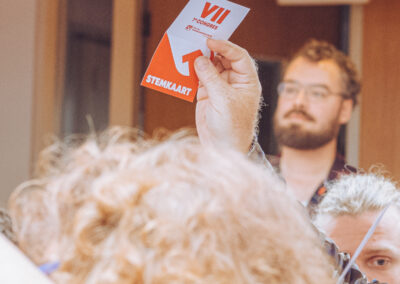 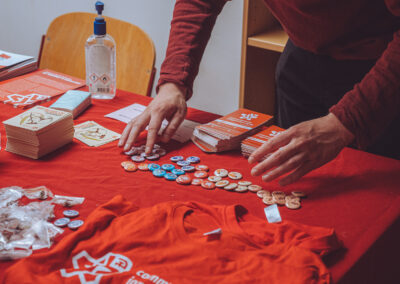 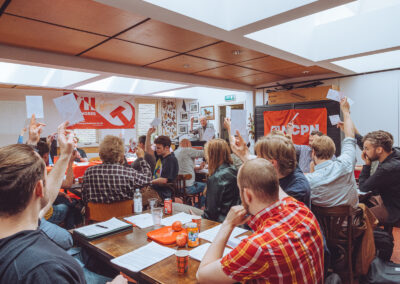 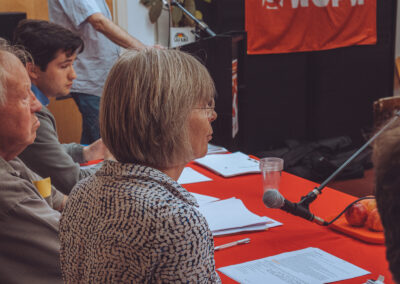 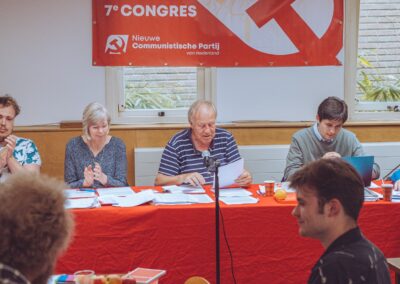 This website uses cookies to improve your experience while you navigate through the website. Out of these, the cookies that are categorized as necessary are stored on your browser as they are essential for the working of basic functionalities of the website. We also use third-party cookies that help us analyze and understand how you use this website. These cookies will be stored in your browser only with your consent. You also have the option to opt-out of these cookies. But opting out of some of these cookies may affect your browsing experience.
Necessary Always Enabled
Necessary cookies are absolutely essential for the website to function properly. These cookies ensure basic functionalities and security features of the website, anonymously.
SAVE & ACCEPT